Blessingbourne originally belonged to the Armars. The Estate came to the Montgomerys in the eighteenth century when Elizabeth Armar married Hugh Montgomery, of Derrygonnelly Castle in Fermanagh.

The first Montgomery to live at Blessingbourne was another Hugh. Hugh was born in 1779 and known for some reason as “Colonel Eclipse”. His portrait, which he gave to his old school, Eton, shows him to have been very handsome. However, he was unlucky in love.

He vowed he would never marry and built himself a bachelor retreat at Blessingbourne, a romantic thatched cottage. He also built the charming little Gate Lodge (transformed to the present day 5 star Gate Lodge)

But his bachelorhood ended after a few years, for he married a Spanish girl and had a son. His son’s godmother was Lady Byron, who remained a close friend and was greatly attached to his sister Mary, a key figure in the development of Blessingbourne.

It descended in the family to Peter Montgomery, Vice-Lord Lieutenant of Tyrone, who died childless, after which it passed to a cousin. The property was ultimately the inheritance of Captain Robert Lowry, a direct descendant of Colonel Eclipse, and now belongs to Colleen and Nicholas Lowry. 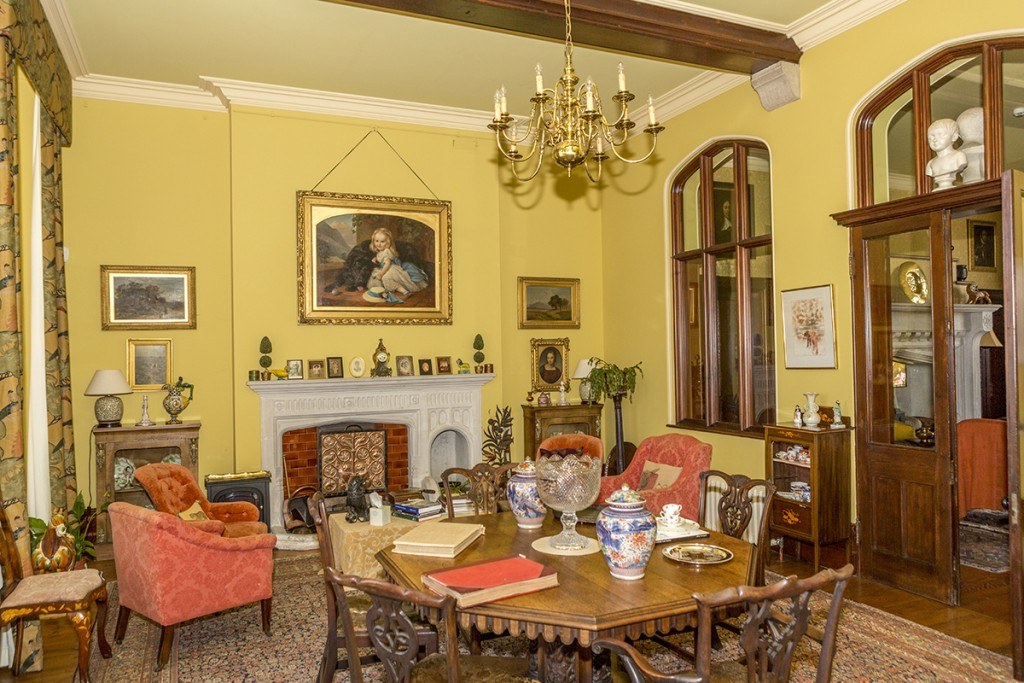 This classic tour encompasses everything well loved about the Estate. Current estate owners Nicholas and Colleen Lowry host all Tours personally. This tour includes a walk through the Victorian gardens, with their majestic setting overlooking the beautiful Lough Fadda. As well as, a private tour of main ground floor rooms of the impressive Manor House. The Manor House was built in 1871-74 and designed by Pepy’s Cockerall a close friend of William Morris. After that, enjoy a guided stroll around the extensive Coach , Carriage and Costume Collections from yesteryear.

On this exclusive V.I.P tours guests can enjoy all of the aspects of the classic tour with the added features of a bespoke Art and Metal Masterclass.

View the impressive collection of Victorian family portraits as well as works by the Dutch master’s and discover the fascinating background of the local art & metal industry. This was established by Blessingbourne Estate’s founding family the Montgomery’s.

View the private Art Collection of Peter Montgomery, first chairman of the Art’s Council in Northern Ireland, featuring many famous Ulster Artist’s from the 1960’s and 70’s.

Take a guided walk around this stunning country estate on bespoke walking trails, we can offer 4km or 8km walks. Discover the estate’s picturesque grounds, private lakes, ancient woodlands and nature reserve. Spot the Red Squirrel, hear the Woodpecker both rare species in Northern Ireland today. Enjoy the Rhododendron walk, and see the remains of the Victorian Rock Garden developed by Mary and Hugh Montgomery. Designed by William Robinson the famous Victorian garden. Gain an insight into Blessingbourne fascinating history. Whilst you walk around the estate viewing abandoned workers cottage and hear about the past lives who once lived on the estate.

Blessingbourne was also home to the American 8th Artillery, who stayed there during the second World War. And so we have plans to develop interpretation on the trails to depict their time on the estate.

Things to See & Do